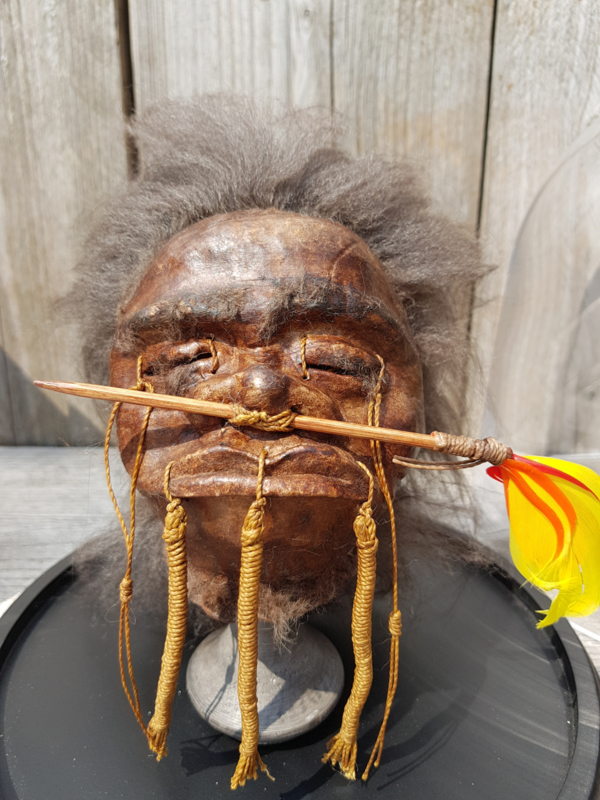 Stunning dome filled with Finest quality Jivaro Indian Shrunken Head Replica on a stand and arrow through the nose.

Made with real skin and hair of lazy monkey by authentic Jivaroan tribes, designed & crafted by Robert Mars (see tag)

The reduced heads or tsantzas are ritual objects made formerly of human heads by South American tribes such as the Shuars, also called Jivaro Indians.

When Spanish settlers went to the Americas, when they saw these heads they were surprised and exchanged those heads for weapons and other goods.
Such was the demand that the Jivaroan tribes started to forge those heads with monkeys heads or skins and similar animals, modelling and giving them the aspect of human heads to make them pass by real.